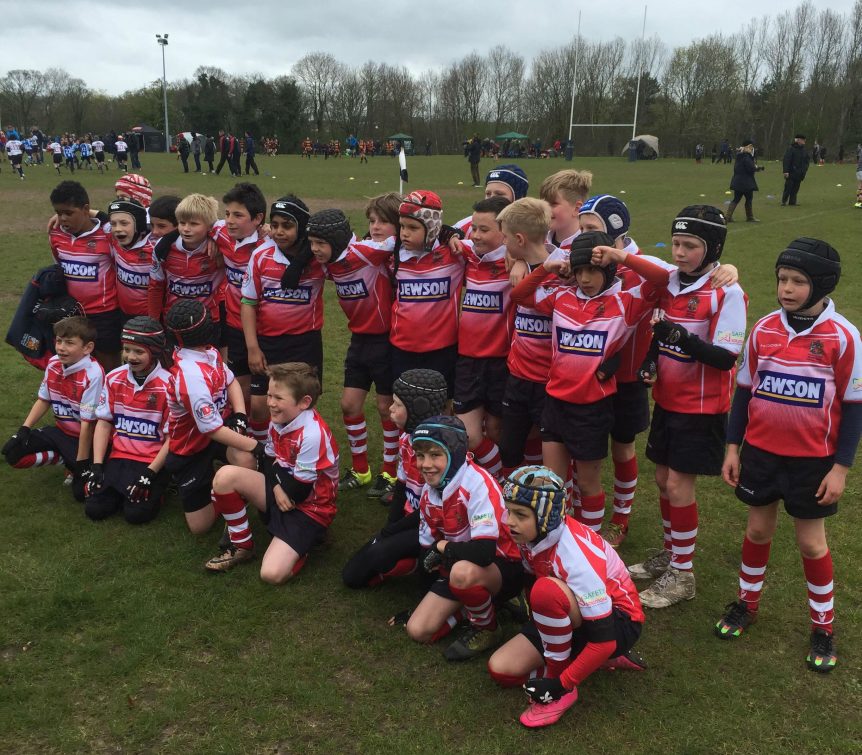 We are proud to announce that Metal Detection Services (MDS) are sponsoring the Manchester Under 10 Rugby team for their next season.

The squad of 25 youngsters closed a great season last weekend, playing in the Preston Grasshoppers Junior festival and winning their match against Fleetwood before making the final, where they narrowly lost to Vale of Lune.

David Hale, Sales and Marketing Director at MDS, said: “My son plays in the Manchester Under 10 team and I’m very proud that MDS are able sponsor them”.

Manchester Rugby Club is one of the oldest open rugby clubs in the world and we are delighted to support our young champions in their next season.

To follow the Manchester Rugby Club and the other 11 teams playing in the league and being informed about their future matches you can visit their website at http://www.pitchero.com/clubs/manchester.

Best of luck to our boys!

Pictures show the team celebrating with their runners up trophy.

This website uses cookies to improve your experience while you navigate through the website. Out of these, the cookies that are categorized as necessary are stored on your browser as they are essential for the working of basic functionalities of the website. We also use third-party cookies that help us analyze and understand how you use this website. These cookies will be stored in your browser only with your consent. You also have the option to opt-out of these cookies. But opting out of some of these cookies may affect your browsing experience.
Necessary Always Enabled
Necessary cookies are absolutely essential for the website to function properly. This category only includes cookies that ensures basic functionalities and security features of the website. These cookies do not store any personal information.
Non-necessary
Any cookies that may not be particularly necessary for the website to function and is used specifically to collect user personal data via analytics, ads, other embedded contents are termed as non-necessary cookies. It is mandatory to procure user consent prior to running these cookies on your website.
SAVE & ACCEPT
Share This